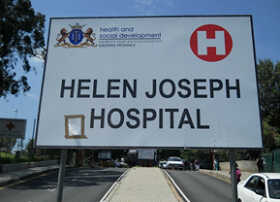 The Medical report from Helen Joseph hospital, Dr. Shirley Radcliffe confirming that; Albert Mangwair died from: “Alcohol toxicity” after drinking too much, Over-exhaustion and drugs overdose. The inquest heard that Albert 28, collapsed in his friend’s home had been more than five-times the legal S.A drink-drive limit with 416mg of alcohol per 100 millilitres of blood in his system. Dr. Radcliffe described the reasons for ICU admission included hypoxemia and one of his friend found “two empty vodka bottles in the car” and he had been suffering from the eating disorder (Bulimia) for several months before his death and endless partying session with little or no resting. Sample taken from his stomach showed poly-drug cocktail and he overdosed Heroin, Cocaine ‘crack’ and cannabis 0.08gms was also found in his blood, and his death was caused by massive heart attack and respiratory failure followed by sudden heart stop…and end up dead within seconds.

Amy Winehouse told her GP she didn’t want to die just hours before she was found dead, a second inquest into her death has heard.

The coroner’s verdict, confirming that Winehouse died from “alcohol toxicity” after drinking too much, is identical to that of the first hearing, which had to be repeated after the deputy coroner on duty was found to be unqualified.

The inquest heard that Winehouse, 27, who was found dead at her home in Camden, North London on 23 July 2011, had been more than five-times the legal drink-drive limit with 416mg of alcohol per 100 millilitres of blood in her system.

Radcliffe described “two empty vodka bottles [found] on the floor” beside Winehouse’s bed, which she was said to have “voluntarily consumed”.

Winehouse’ GP, Dr Christina Romete gave evidence in a written statement that said she saw her patient the night before her death at which time “she specifically said she did not want to die”.

The doctor, who described Winehouse as single-minded and intelligent, continued: “She was genuinely unwilling to follow the advice of doctors, being someone who wanted to do things her own way.”

Winehouse had repeatedly refused psychiatric help fearing its effect on her creativity, Romete said. Her statement revealed that Winehouse had been suffering from the eating disorder Bulimia for several months before her death.

The Back to Black singer had a history of alcohol and drug use, including heroine, crack cocaine and cannabis, but had stopped taking drugs before spending some months in St. Lucia.

Romete stated that the singer was taking medication Librium to cope with alcohol withdrawal and had fallen into a pattern of abstaining from drinking and then relapsing.